With the constant update of Forza Horizon 4, a Ferrari car will be available in the fall, it is the 599XX Evoluzione, you only need to complete 50% of the seasonal game, you can get it. 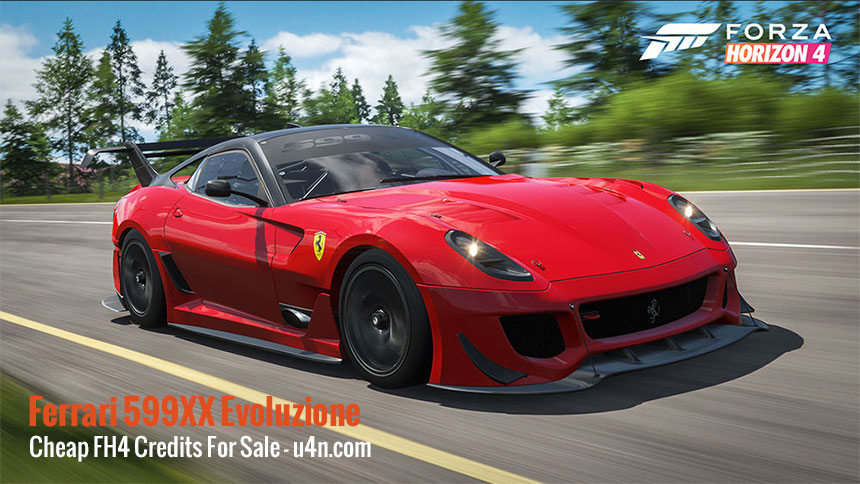 The 599XX, which has matched Ferrari’s top-of-the-line technology on day roads and tracks, has been upgraded to the Evolution version to further enhance the chassis’ dynamic performance. Of course, this is due to the addition of active aerodynamic components and the upgrade of the body’s electronic control system. The Ferrari 599XX Evolution features an active rear wing design with a technology called “opening gap”. The wing of the car has two resistance plates, and the shape of the side looks somewhat similar to the one in Equation 1. Both of them use electric drive to adjust the downforce of the body, and adjust some parameters between the front and rear axles, such as the angle of the steering wheel, longitudinal acceleration, lateral acceleration and the speed of the car.

Don’t think that it will be legally on the road, just like the Lanzante-modified McLaren P1GTR and the Aston Martin Vulcan, which is about to launch a retrofit kit. Ferrari said that it did not quite agree with the practice of putting such track beasts on the road. After all, such cars were “never born for ordinary streets.”