All of Wildstar’s betas have been on the North America servers which has understandably been an issue for some people not in the North American server regions. Have no fear, we have good news for you the WildStar EU servers are ready! We will show you how to play on an EU server today!

1.Open the launcher and go to settings, which is the little cog in the top right 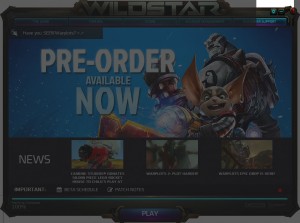 2.Switch the clients game region to EU from US! 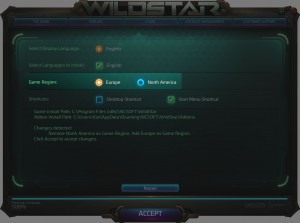 3.Login to the game, you will be put onto a random EU realm. If you want to play your existing char, follow the next step.

4.Hit the ‘Choose Realm’ button at the top of the screen and when on the realm select screen you want to choose one of the realms from this list that corresponds to where your characters were saved.

5.Select a char and get going! See you on Nexus EU people!!